The Best Protocol For Treating the Postherpetic Neuralgia

15 Apr The Best Protocol For Treating the Postherpetic Neuralgia 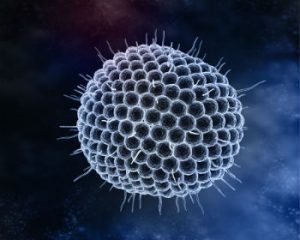 Unfortunately, there is not one treatment that will relieve postherpetic neuralgia in all people but there are measures you can take to aid in the relief of symptoms and reduce pain. Below you will find two lists, one including treatments and pharmaceuticals that will aid in the alleviation of symptoms and another list incorporating lifestyle changes and home remedies. We’ll start with treatments and drugs. There are six suggested treatment and drug options to choose from.

These are small, bandage-like patches that contain the topical, pain-relieving medication lidocaine. These patches can be cut to fit only the affected area. You apply the patches, available by prescription, directly to painful skin to deliver temporary relief.

These skin patches are made up of a high concentration of an extract of chili peppers (capsaicin) and are available as a skin patch to relieve pain. These patches, however, are only available in your doctor’s office. The patch is applied by trained personnel after using a numbing medication on the affected area. The process can take up to two hours, but a single dose is effective in decreasing pain for some people for up to three months. If effective, the application can be repeated every three months.

are anti-seizure medications which include gabapentin (neurontin, gralise) and pregabalin (lyrica) that can lessen the pain of postherpetic neuralgia. These medications stabilize abnormal electrical activity in your nervous system caused by injured nerves. Anticonvulsants would need to be prescribed by your doctor.

Certain antidepressants — such as nortriptyline (Pamelor), duloxetine (Cymbalta) and venlafaxine (Effexor XR) — affect key brain chemicals that play a role in both depression and how your body interprets pain. Doctors often prescribe antidepressants for postherpetic neuralgia in smaller doses than they do for depression alone. Common side effects of these medications include drowsiness, dry mouth, light-headedness and weight gain.

Some people may need prescription-strength pain medications containing tramadol (Ultram, Conzip), oxycodone (Percocet, Roxicet, Xartemis XR) or morphine. Opioids can cause mild dizziness, drowsiness, confusion and constipation. They can also be addictive. Although this risk is generally low, discuss it with your doctor. Tramadol has been linked to psychological reactions, such as emotional disturbances and suicidal thoughts. Opioid medications should not be combined with alcohol or other drugs and may impair your ability to drive.

Steroids are sometimes injected into the spine (intraethical) for postherpetic neuralgia. However, evidence of effectiveness is inconsistent. A low risk of serious side effects, including meningitis, has been associated with their use.

Over the Counter, Home Remedies, and Natural Treatments

As a substitute to treatment or drug options you may prefer a change in lifestyle or home remedies to try to accommodate the relief of symptoms. There are two options suggested by the Mayo clinic and several others suggested by Dr. Julian Whitaker.

The first is an over the counter cream similar to the capsaicin skin patches that your doctor can administer. Capsaicin cream, made from the seeds of hot chili peppers, may relieve pain from postherpetic neuralgia. Capsaicin (Capzasin-P, Zostrix) can cause a burning sensation and irritate your skin, but these side effects usually disappear over time. Because capsaicin cream can irritate your skin, avoid getting it on unaffected parts of your body. Follow instructions, including wearing gloves for application and washing your hands thoroughly after applying

Several lab studies have shown that vitamin C inhibits viral replication, so it makes sense that this therapy could ease an episode of shingles. It’s also been noted that patients suffering with PHN have reduced blood levels of vitamin C. (Any time the immune system is stressed, levels of this protective vitamin plummet.) Furthermore, case studies demonstrate that treating shingles with IV vitamin C significantly reduces postherpetic pain and improves patients’ quality of life

High-dose vitamin B12 is a time-honored treatment for shingles